This Chicken Barbecue recipe is marinated the Filipino way. It's the same marinade as the pork bbq we usually have, but uses chicken instead. Whenever we say chicken bbq here in the Philippines, all we can think of is the original Aristocrat. This is still nowhere near that recipe, but it's off to a good start. It's still delicious and succulent.

This recipe is very easy. You just have to marinade the boneless chicken thigh fillet in soy sauce, lemon juice, banana ketchup, salt and pepper. Marinating it overnight will give you best result. Then just grill it whenever you need it.

For the Java Rice, heat pan and put annatto seeds with oil. Heat annatto seeds in low heat until it sizzles. Be careful not to burn yourself as this might pop out of the pan. Discard seeds afterwards.

In same pan, heat the annatto oil and minced garlic until brown. Add butter and cooked rice, coating all rice with annatto oil, turning it to orange. Add in banana ketchup with soy sauce. Season with salt and pepper. Served with grilled chicken bbq. 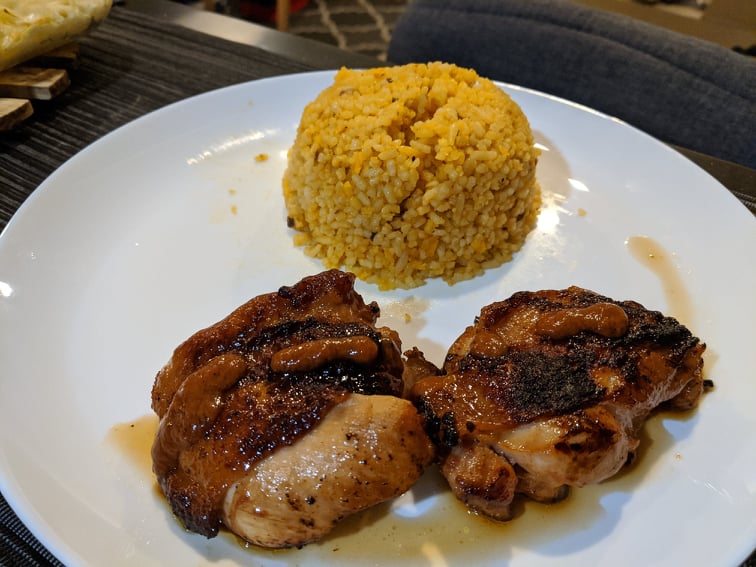 This dish is very easy to make. Just marinade all ingredients for the bbq and grill the chicken!

For the Java Rice:

For the Grilled Chicken BBQ: